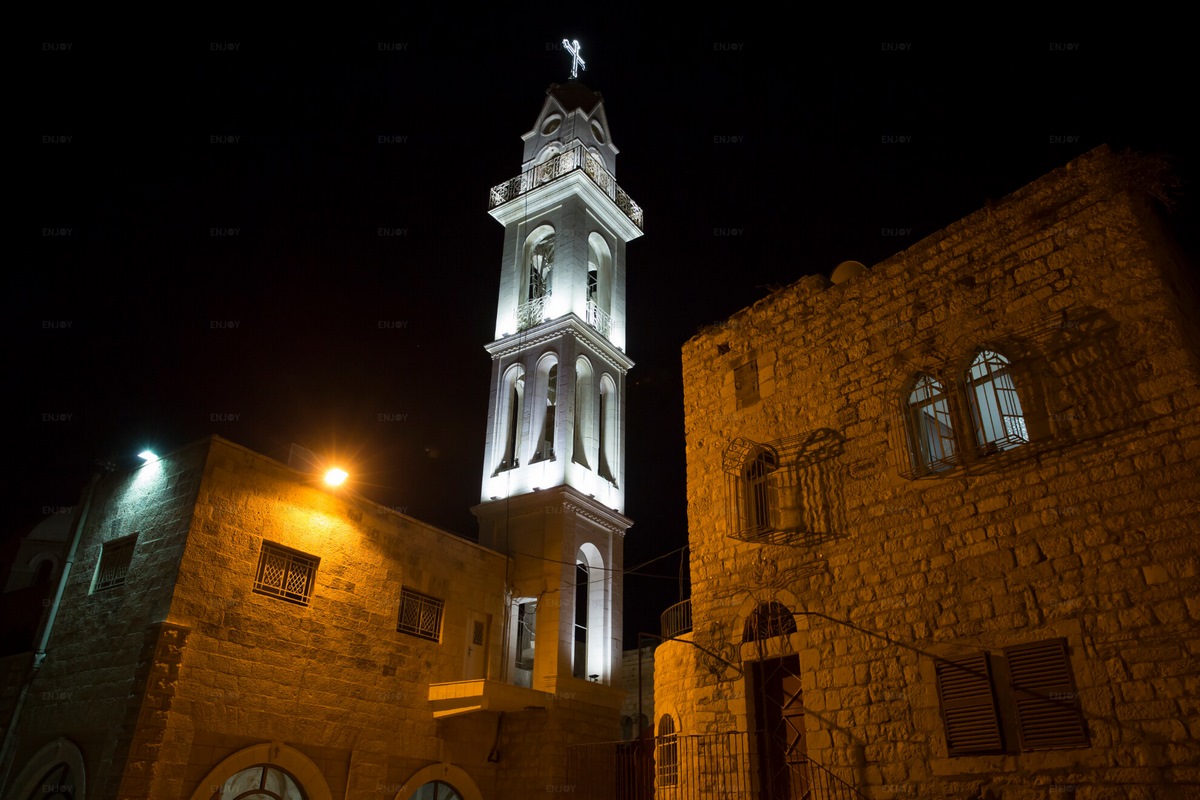 The history of the Syriac Orthodox Church is traced back to one of the oldest communities in Antioch, an ancient Greek city in Turkey, and was established by St. Peter in 37 A.D. In Bethlehem, the church, which was dedicated to the Virgin Mary, was built by members of the Syriac Parish who started emigrating to Palestine, as pilgrims and refugees, around 1838. This beautiful Christian sanctuary was constructed between 1922 and 1928 in the Syriac Quarter, which is part of Al Hraizat Quarter in the Old City of Bethlehem. It features exquisite frescos of saints and stories from the Holy Bible.