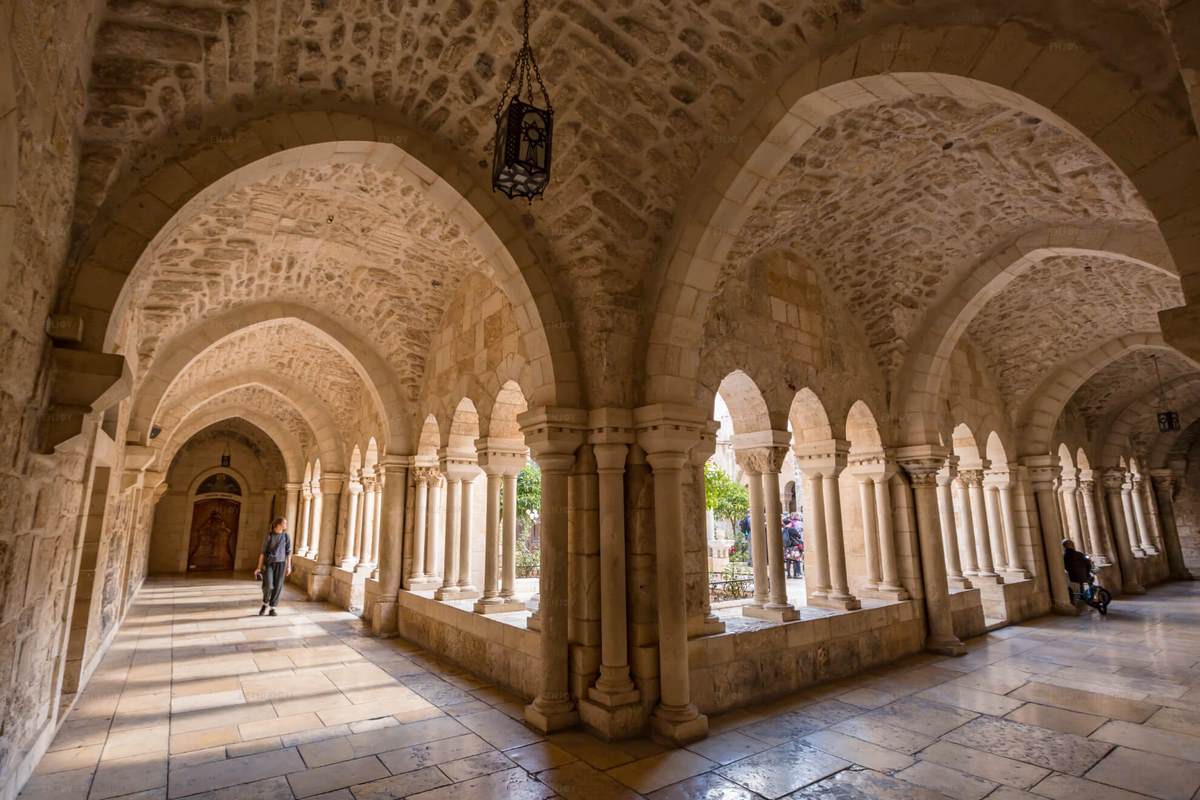 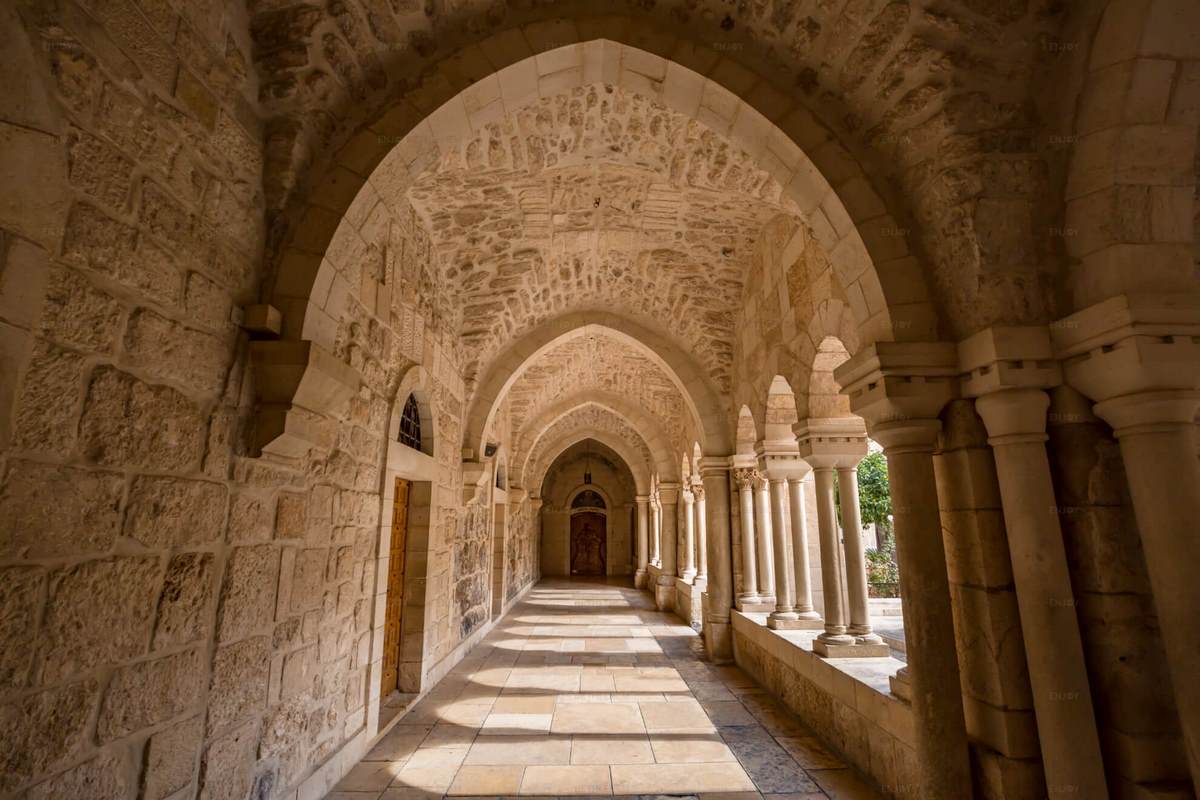 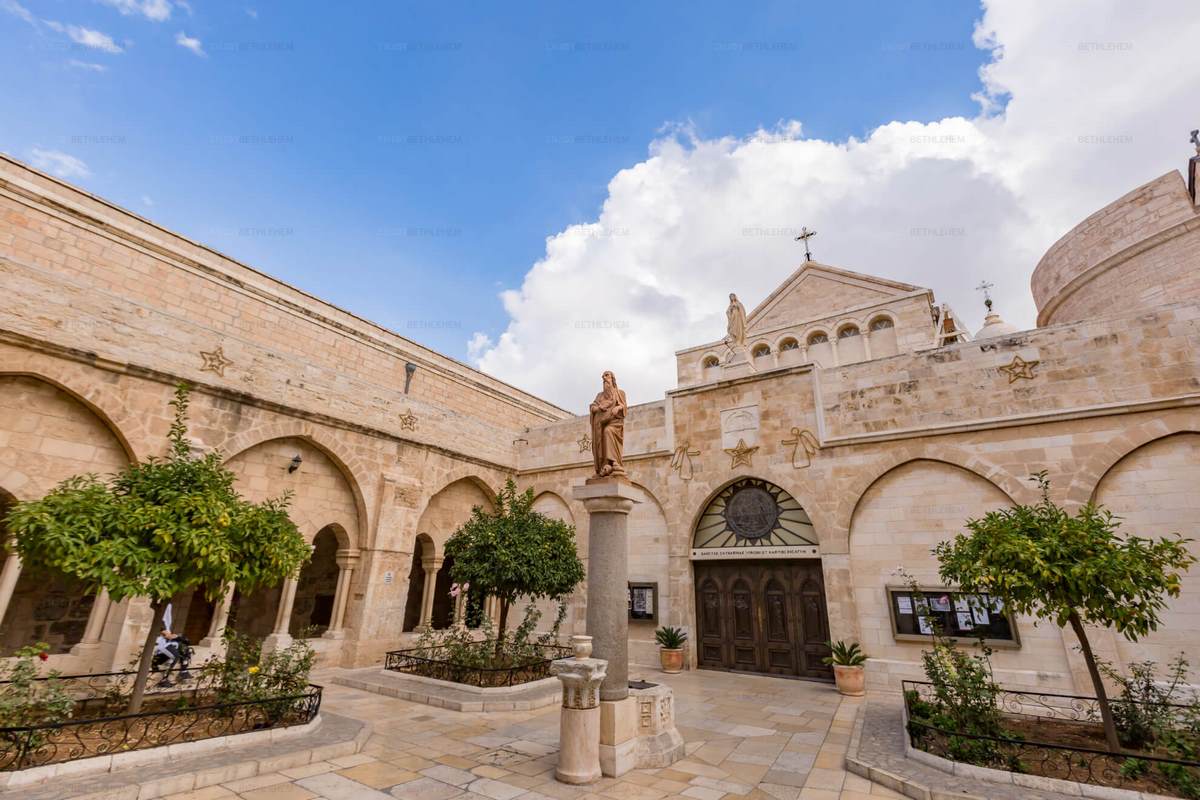 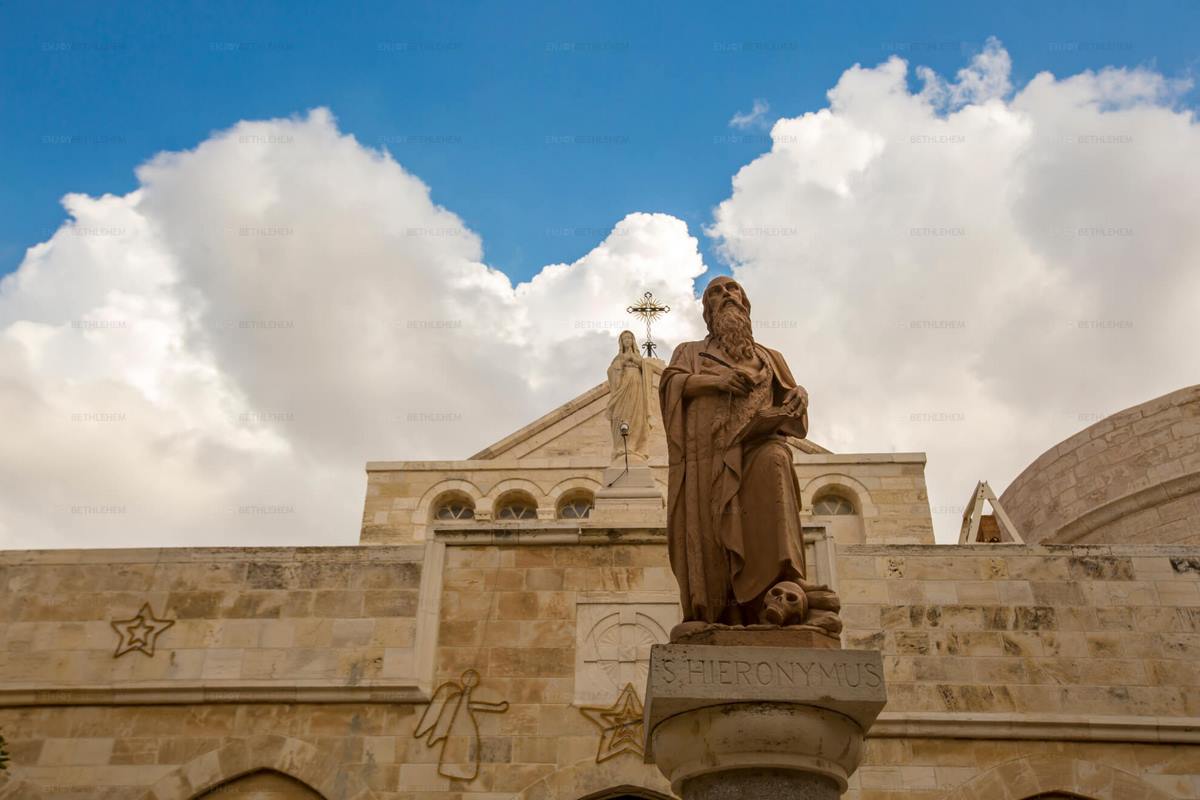 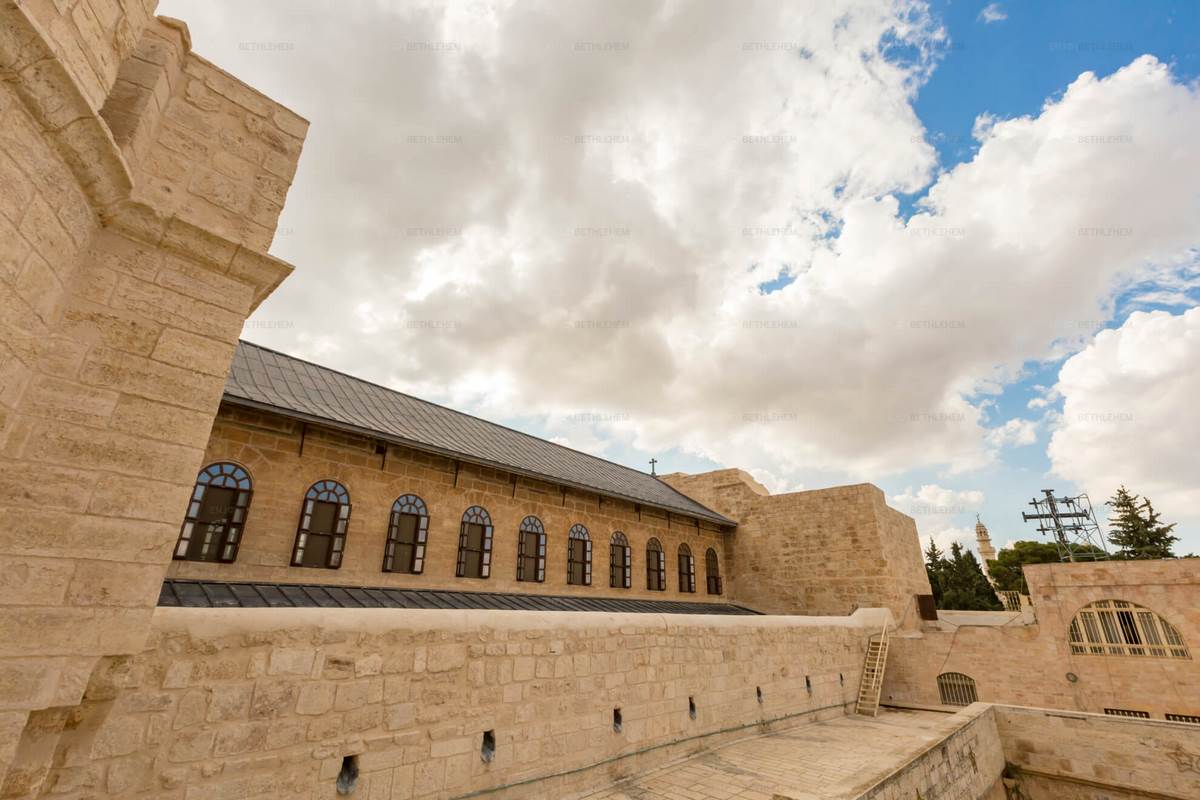 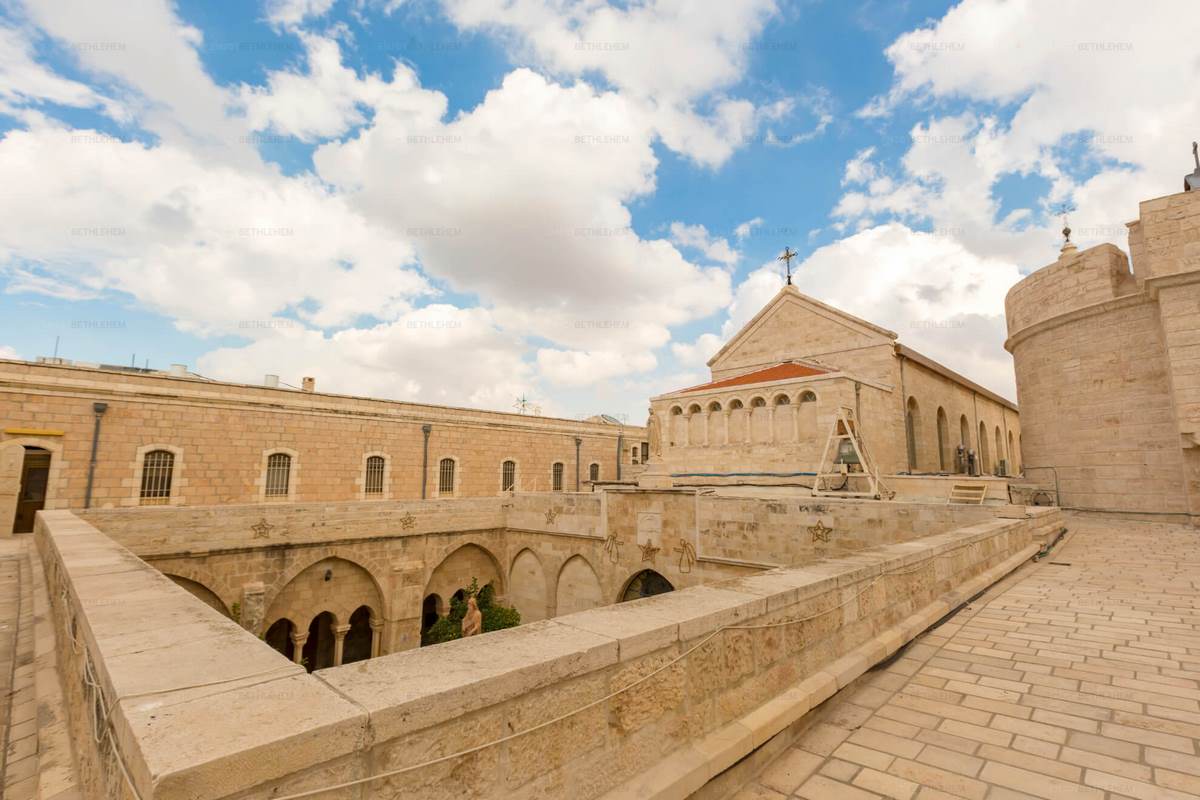 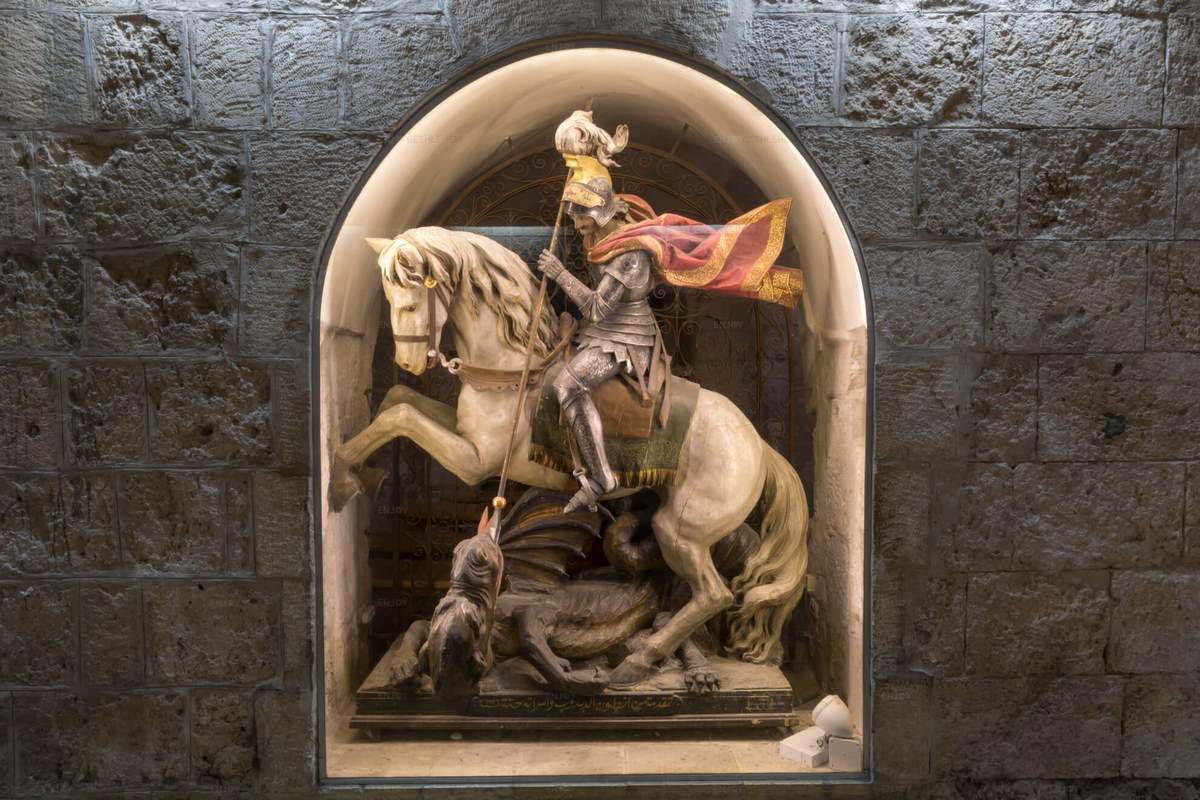 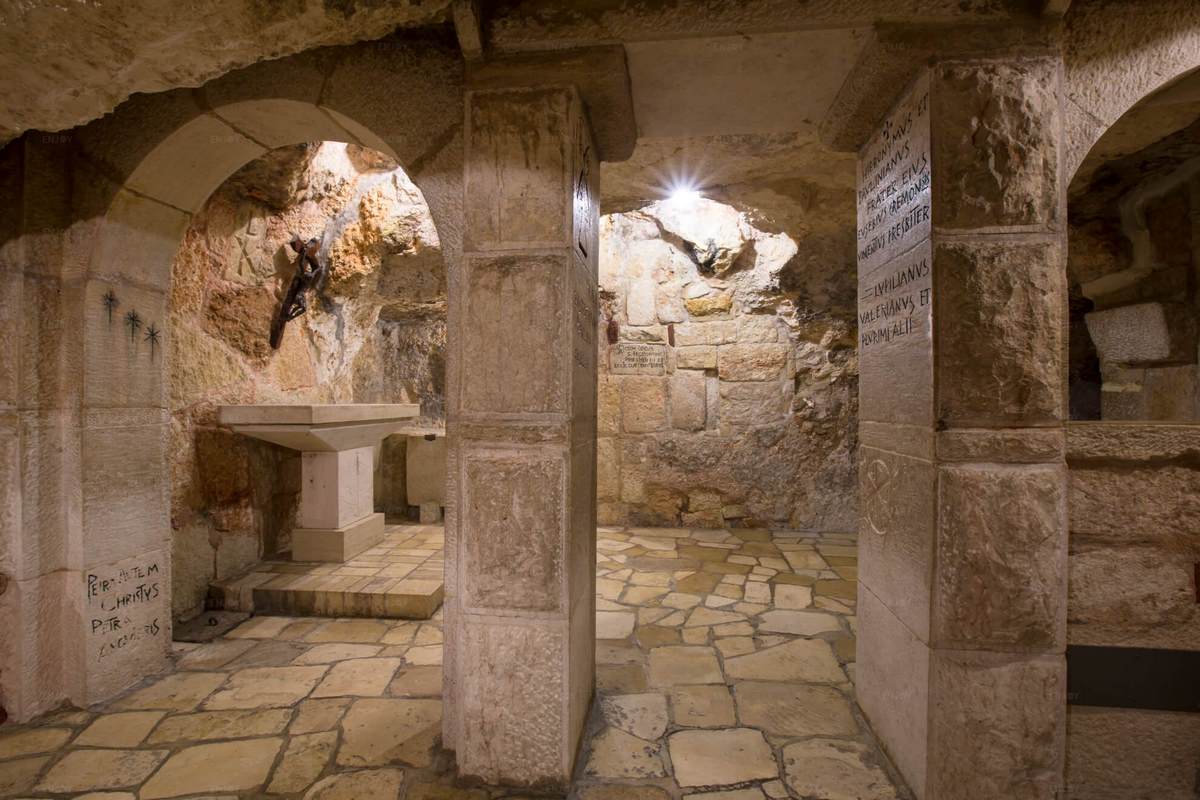 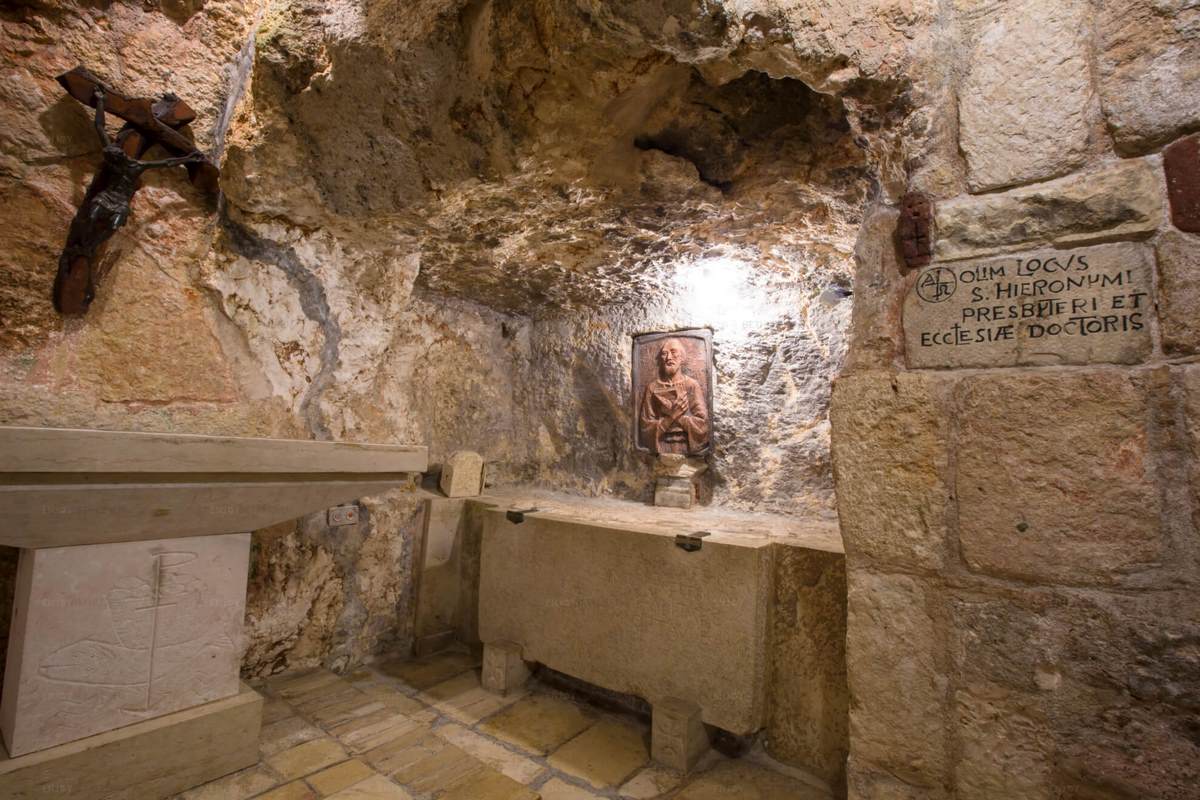 Named after Catherine of Alexandria, St. Catherine’s is the parish church for Bethlehem’s Roman Catholics, and is considered one of the most important churches in Bethlehem. It was founded by the Franciscans in 1882 over the ruins of a 5th century monastery and a 12th century Crusader church. The magnificent structure includes stained glass windows portraying the story of the Nativity, in addition to three aisles and two altars, one dedicated to St. Francis and the other to St. Antonio. It also features several chapels and caves, including the Cave of St. Jerome, who is believed to have lived there in the late 4th and early 5th centuries and worked on the translation of the Greek and Hebrew manuscripts to compile and create the Latin Vulgate Bible. The Chapel of St. Joseph and the Chapel of the Innocents are also found underneath the church, including the tombs of St. Paola and her daughter. The church hosts all the religious celebrations of the Roman Catholic calendar, including Christmas and Easter, and performs religious rites of baptism, marriage and funerals.