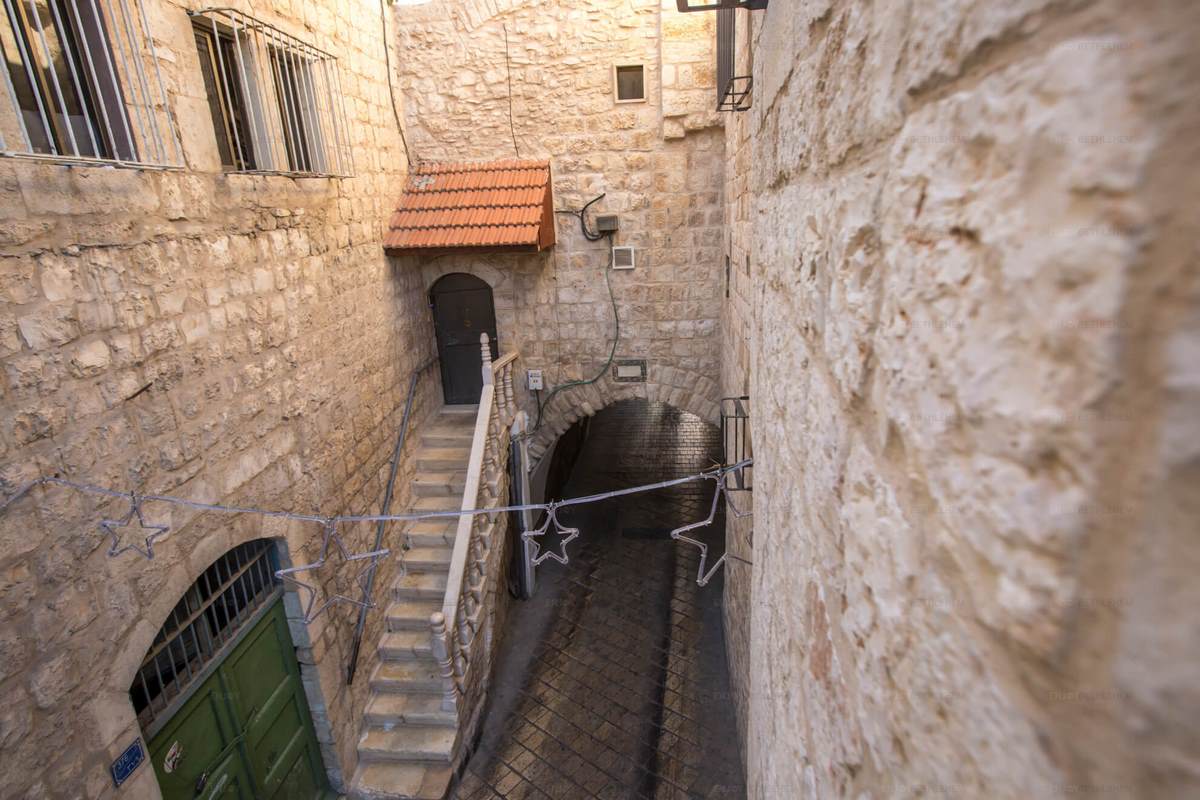 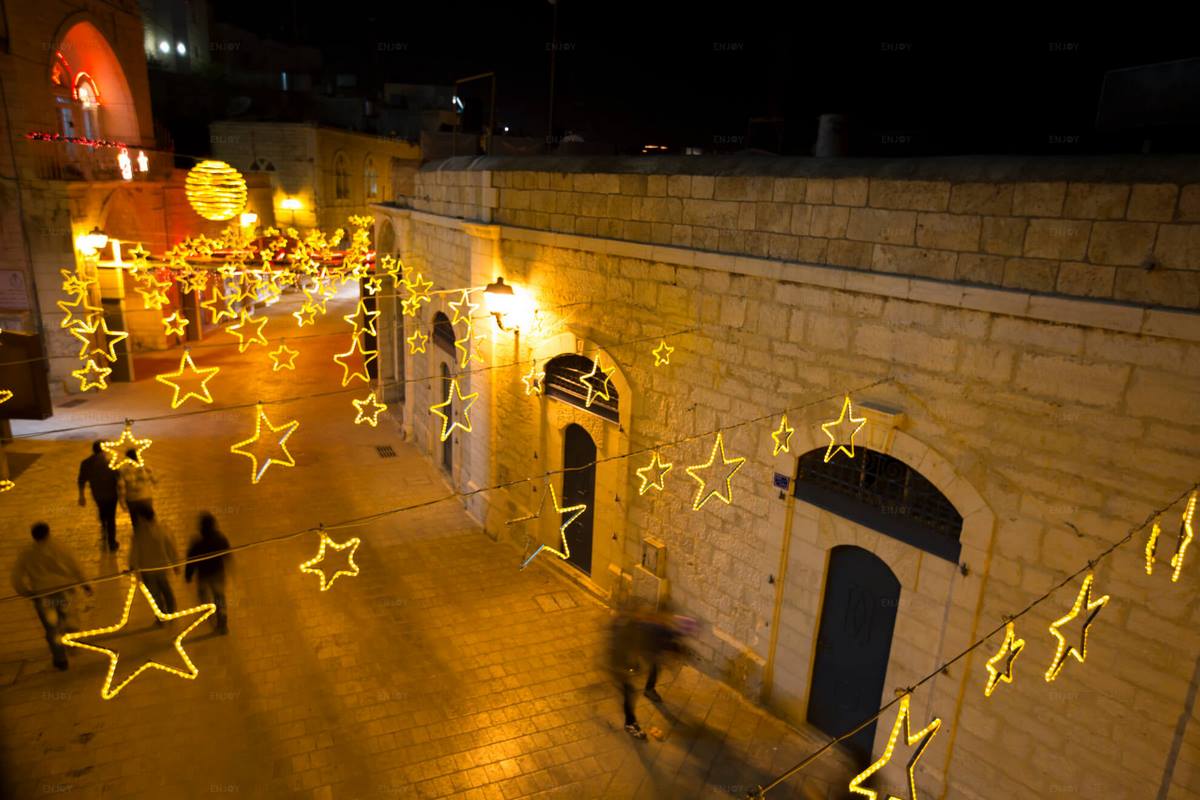 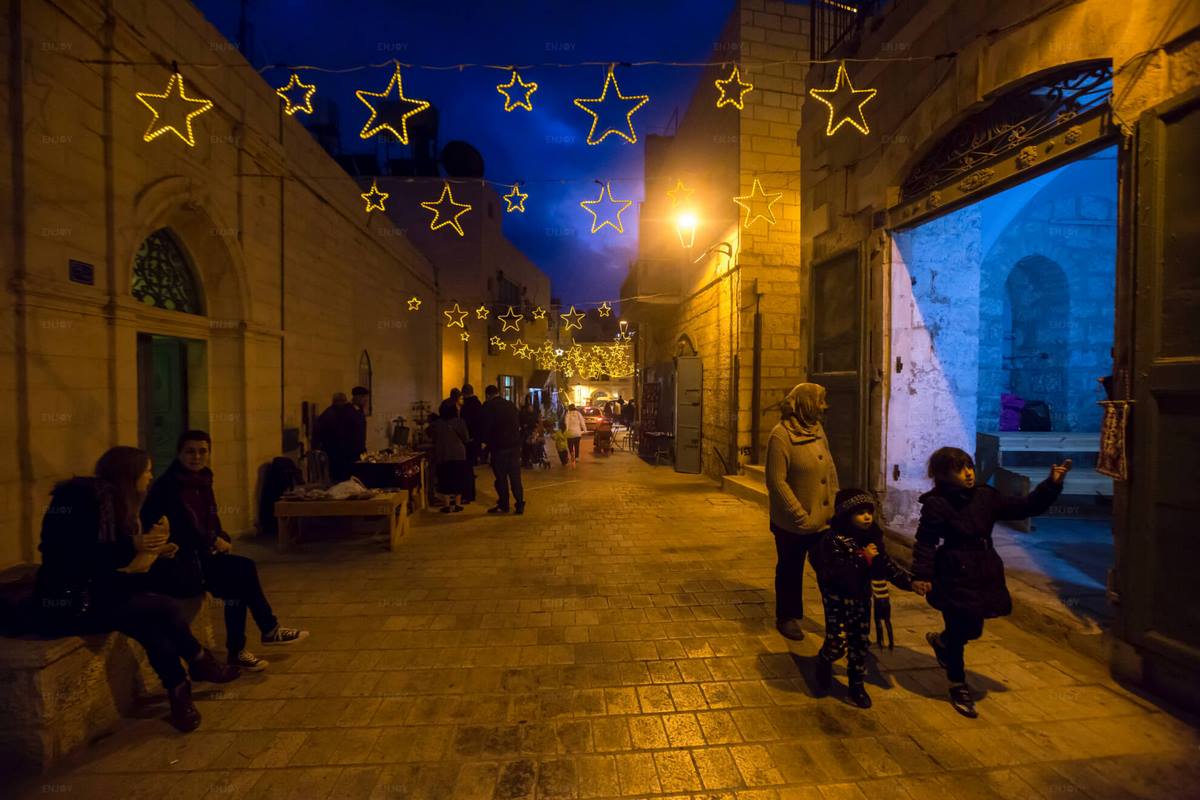 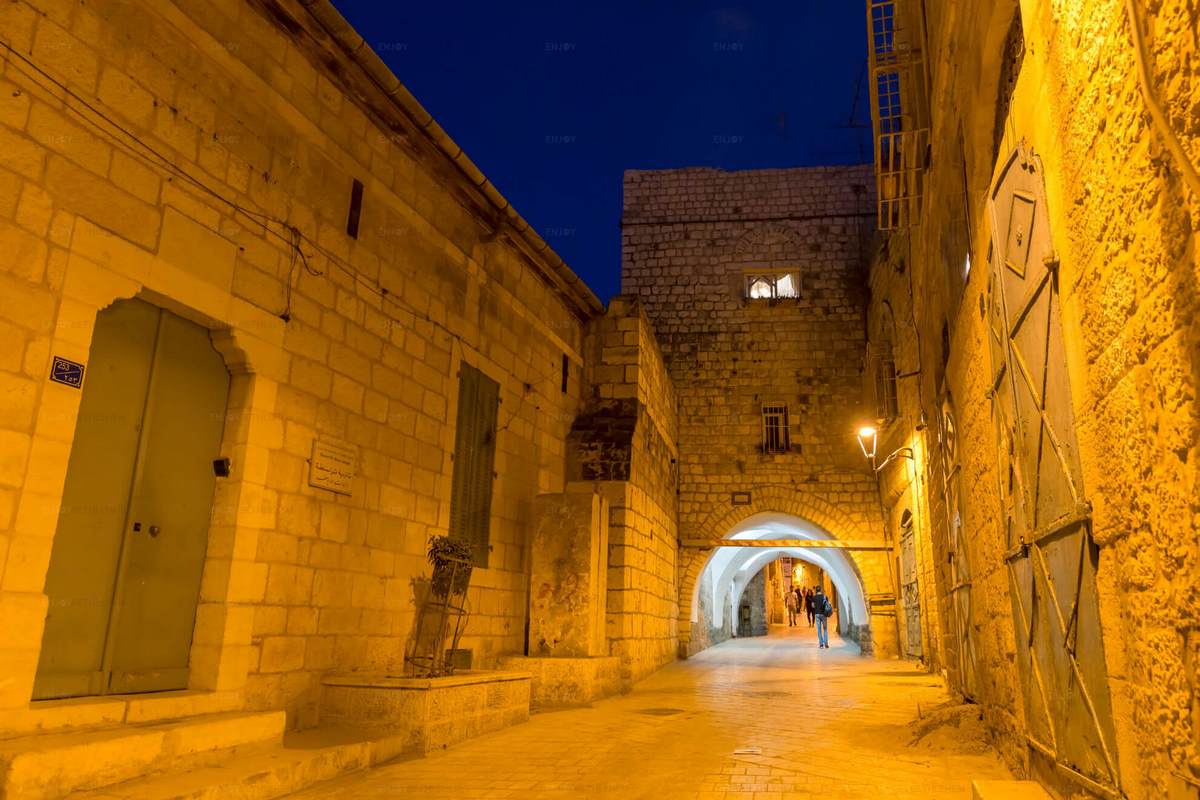 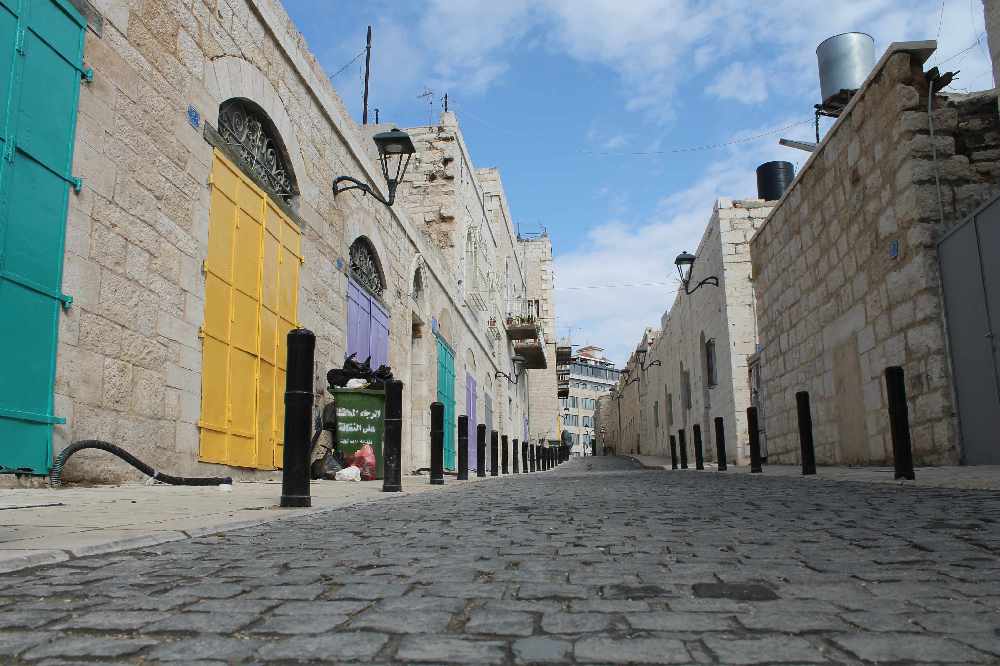 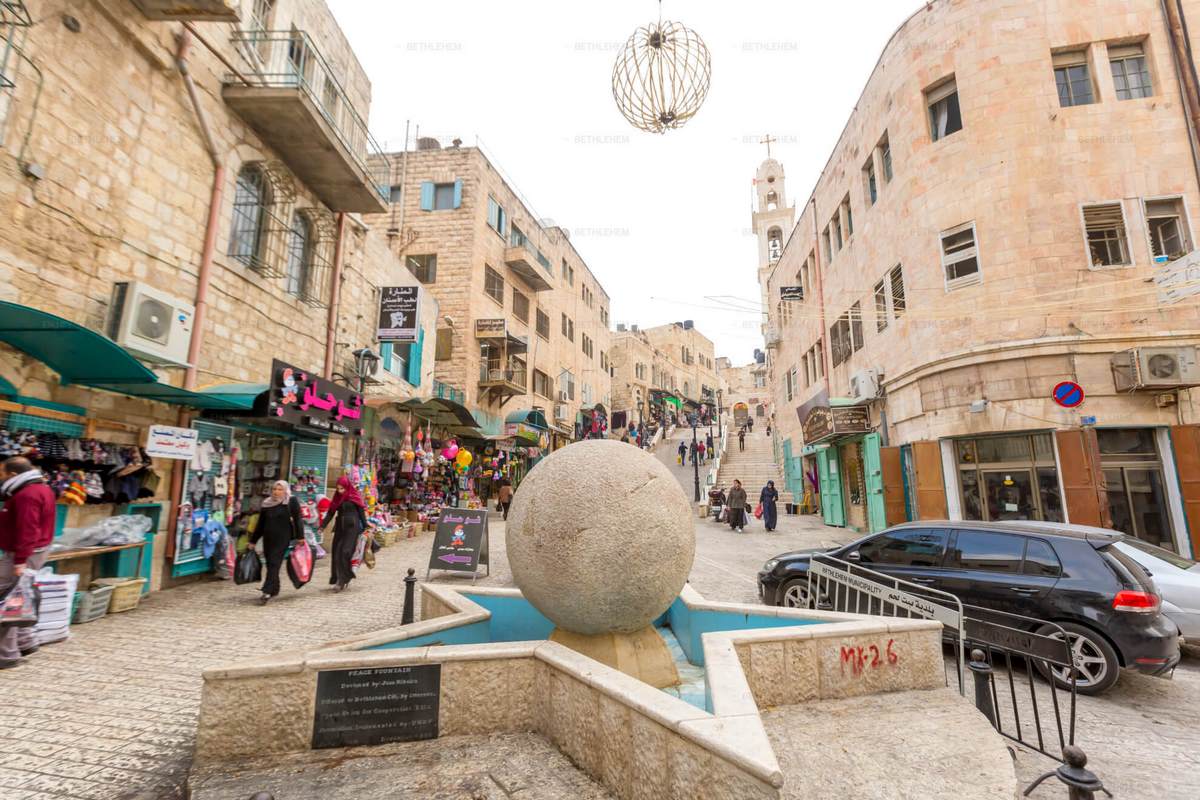 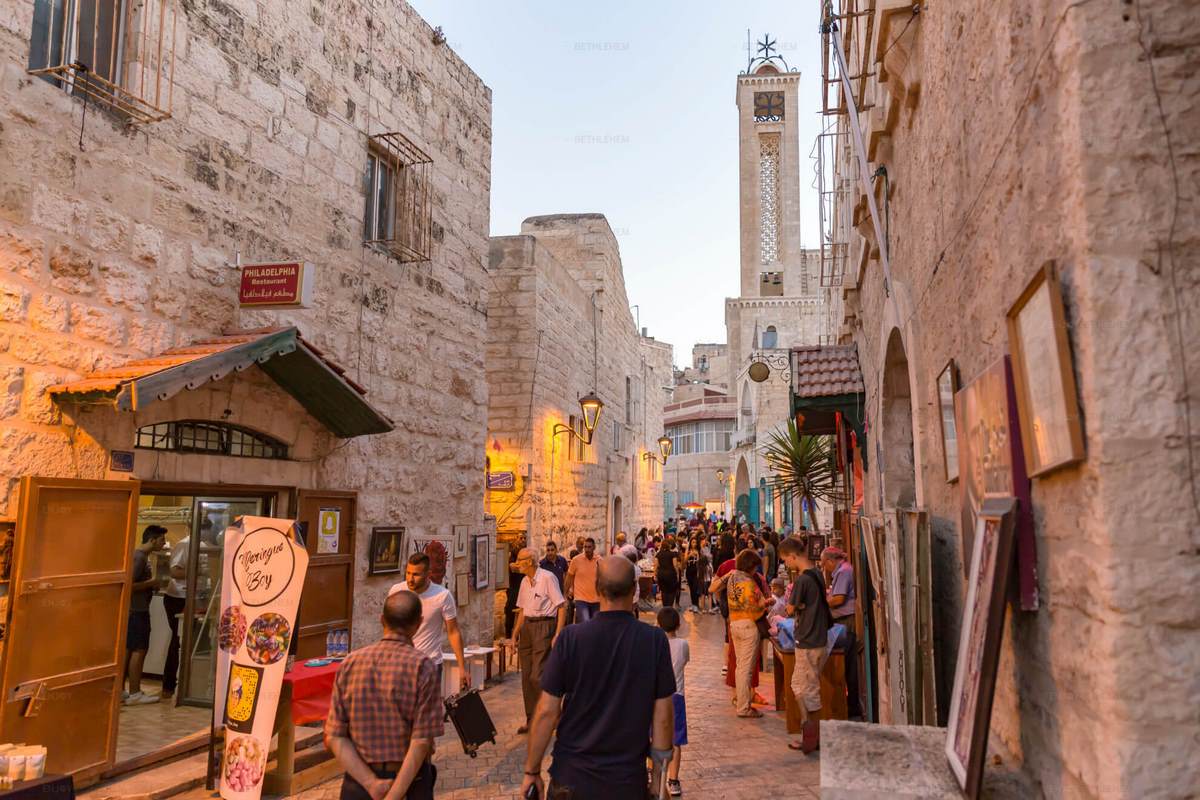 Historically known as Haret el-Tarajmeh (the quarter of the interpreters clan), Star Street was the main artery leading to the Old City and the Nativity Church, and remnants of the city wall can still be seen by the arch that represented the main entrance to the city. The opening of Manger Street during the British Mandate (1917-1948) reduced its value, which was restored with the rehabilitation works under Bethlehem 2000 Project. Today Star Street is trying to regain its historic status, and its listing on the UNESCO list of World Heritage Sites in 2012 can be a vehicle for its development. Every year on Christmas Eve, the Patriarchs of the official Churches of Jerusalem - Latin, Orthodox, Armenian – entered Bethlehem in formal procession through Star Street, hence its other name “Patriarch Route.” This procession symbolically follows the same path taken by the Holy Family more than 2000 years ago. Star Street’s value goes beyond its religious significance. It housed a number of workshops where craftsmen carved the traditional olive wood and mother-of-pearl artefacts that sold well to tourists. It is also an emblem of the customs and traditions that have marked the social life of its inhabitants - every procession in the city from a wedding to a funeral, from the marching of scouts to the marching of prayers during the holy month of Mary, passes through this street. It is also considered a palimpsest of the history of architecture in Bethlehem with Ottoman traditional homes dating back to the 17th century and early twentieth century mansions showing Italian influences and reflecting the affluence of an emerging bourgeois class. 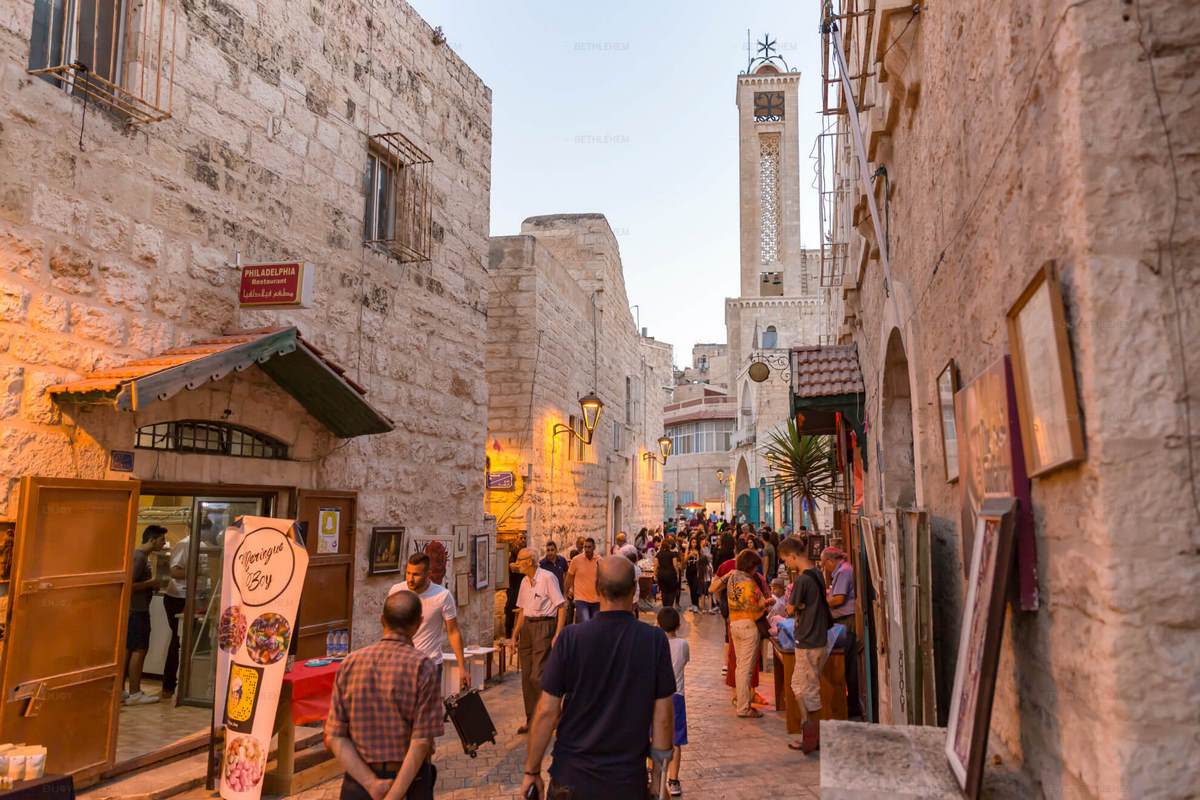 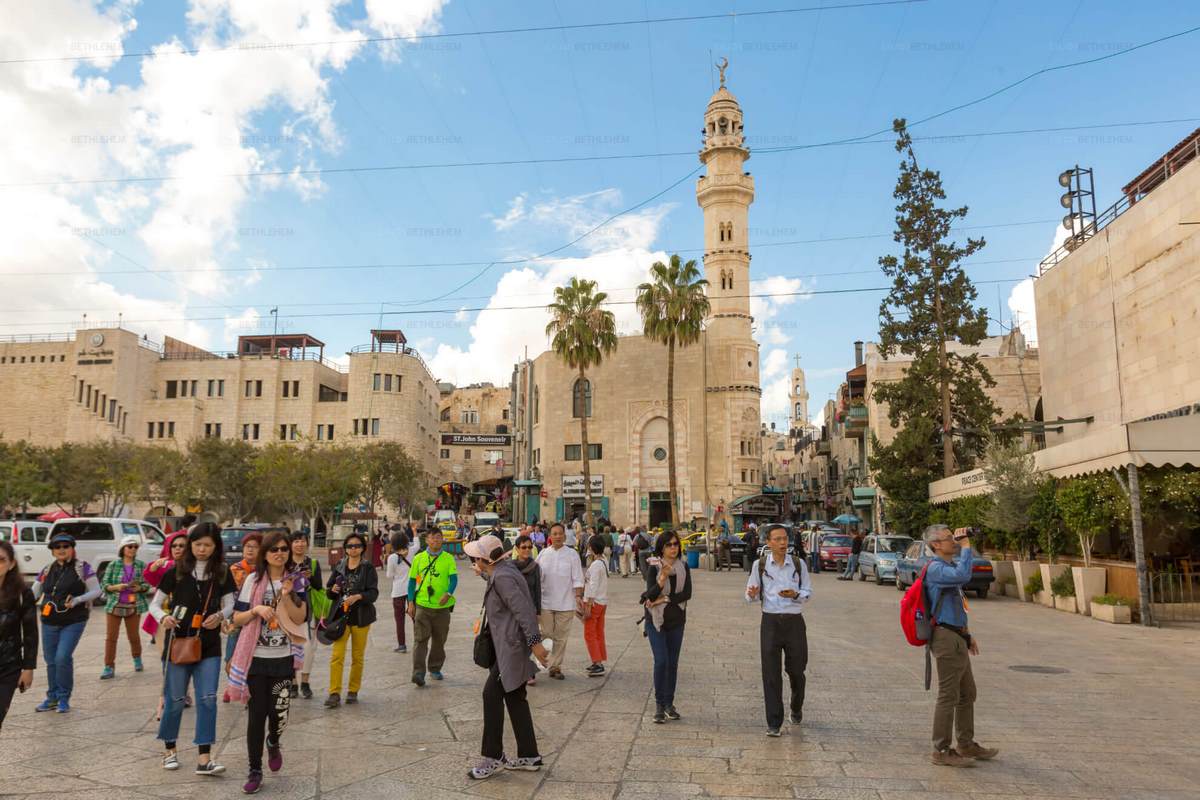 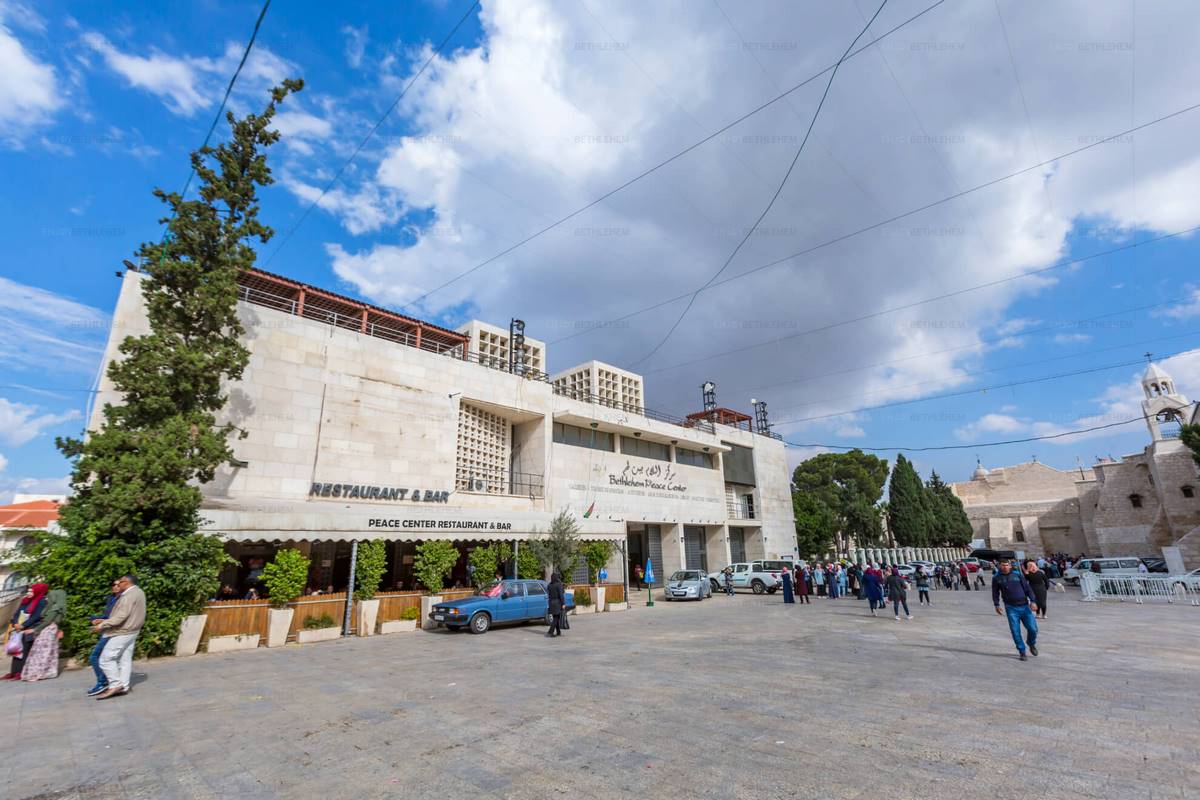