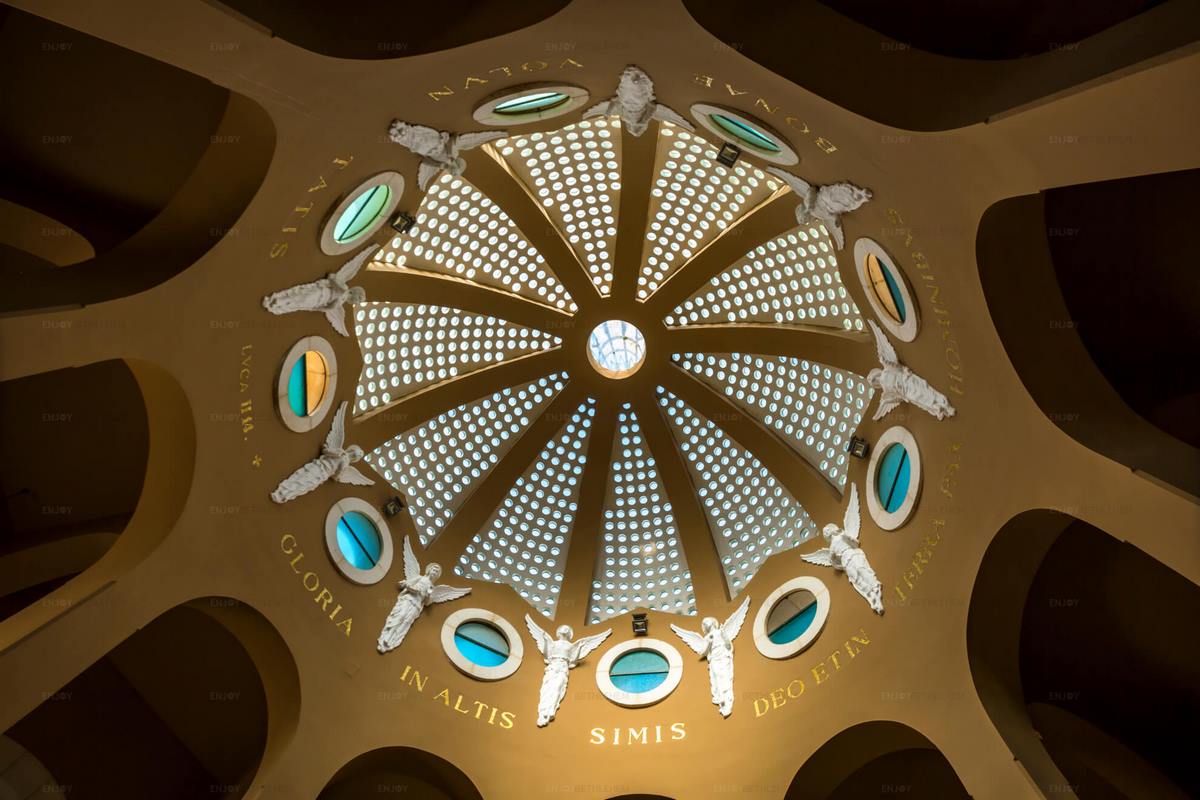 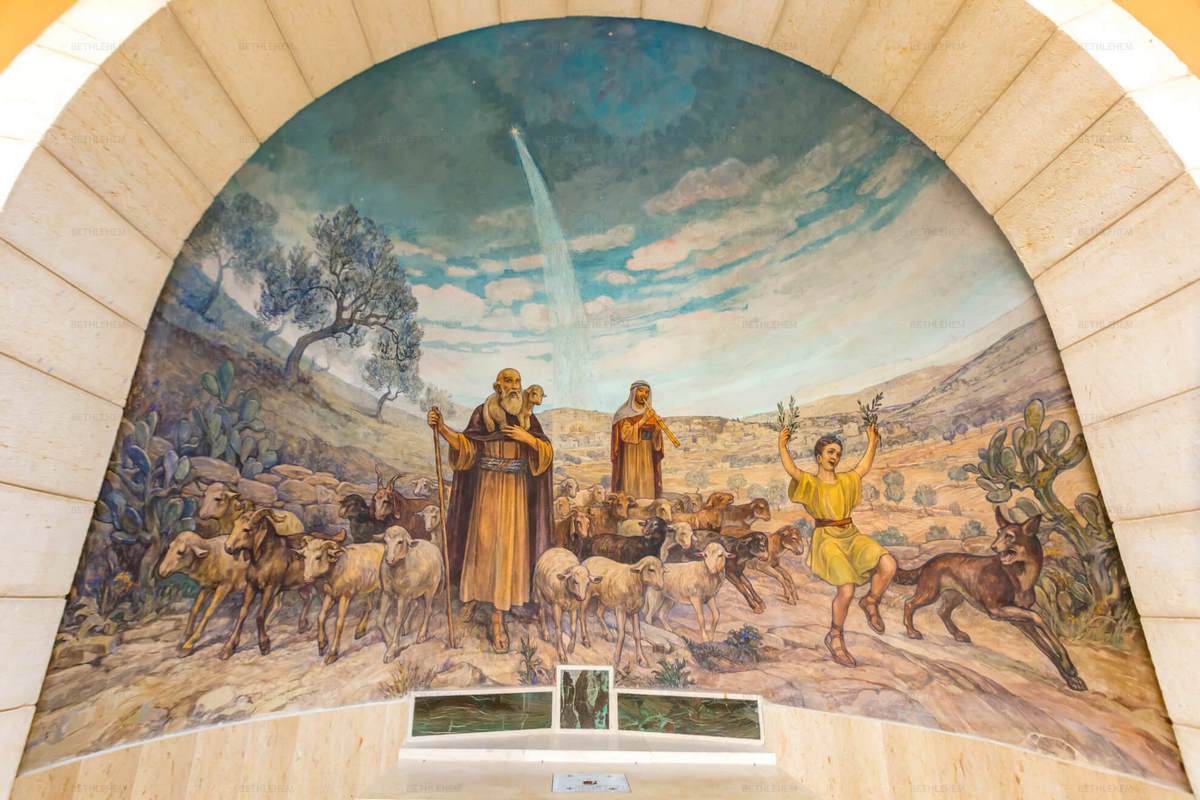 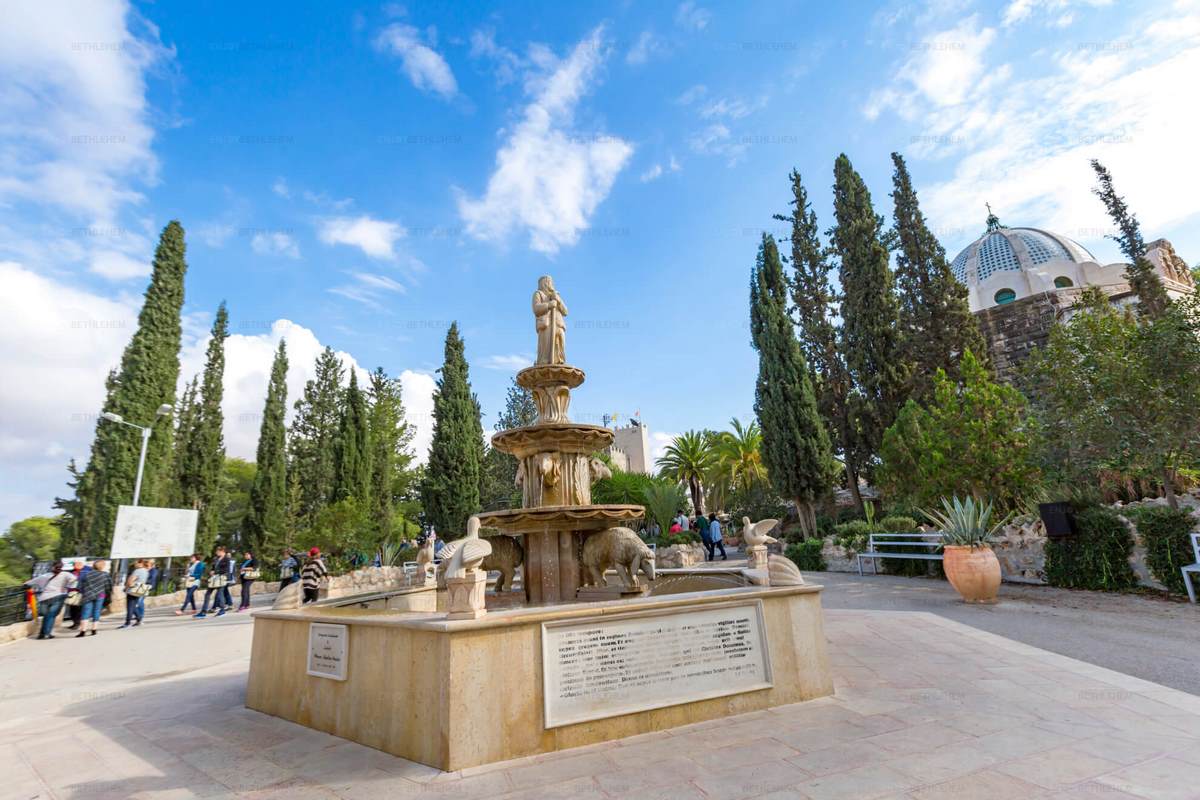 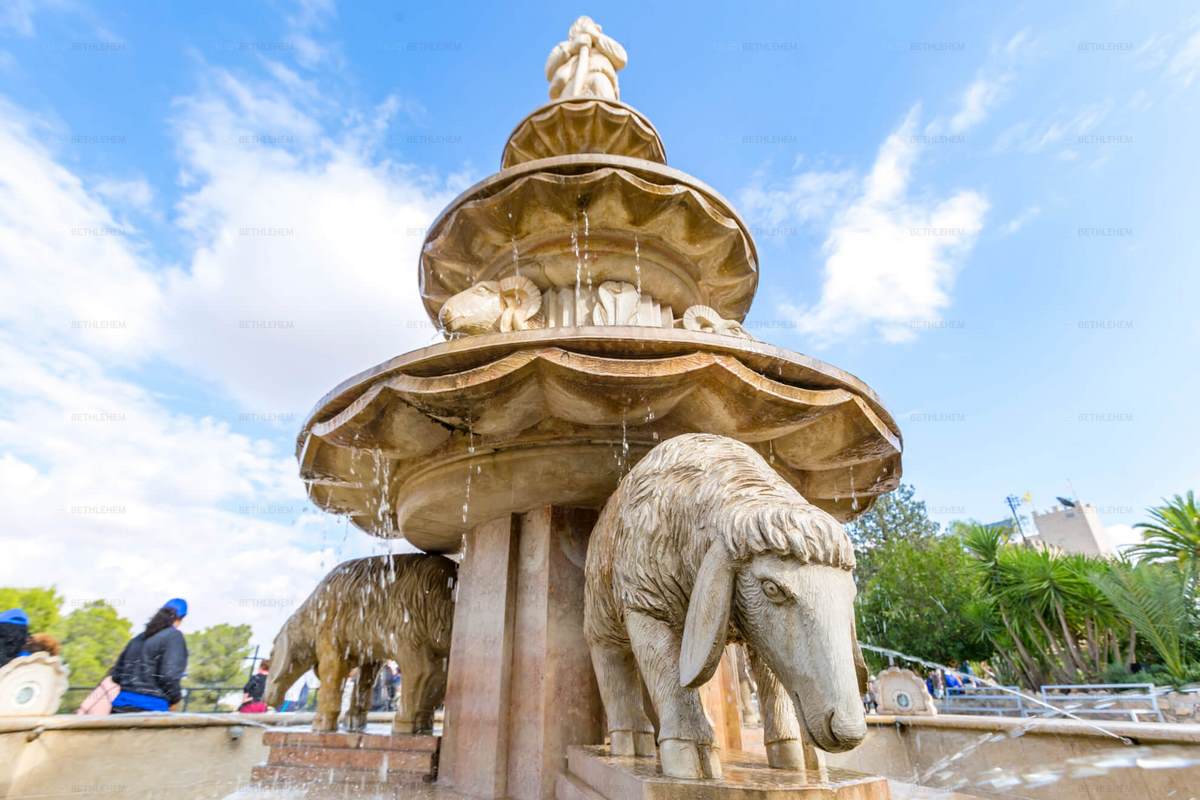 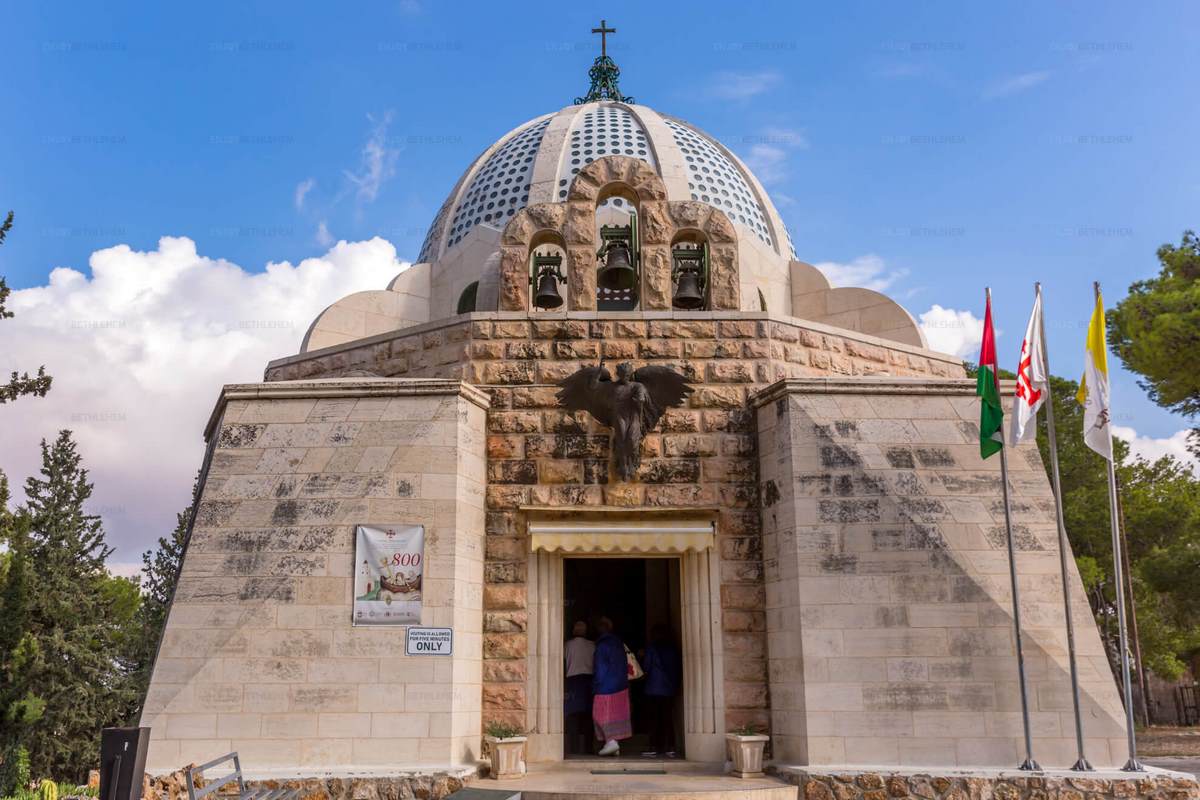 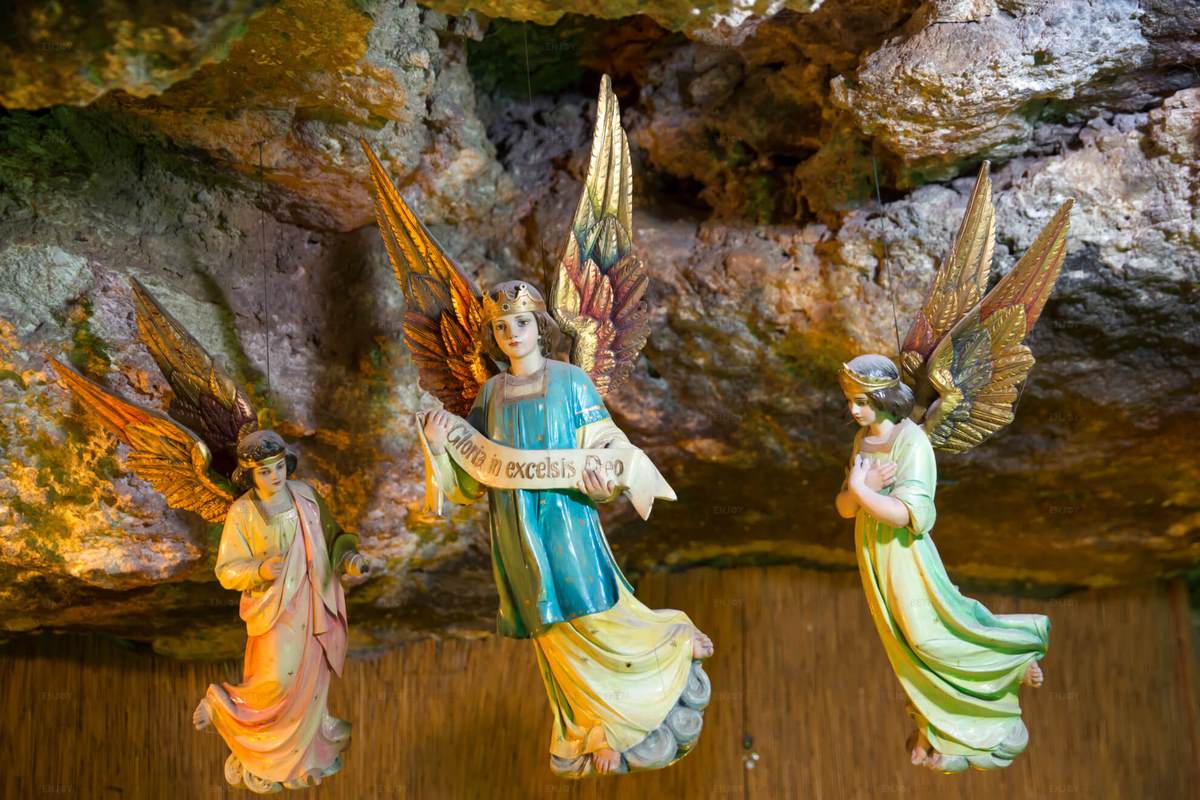 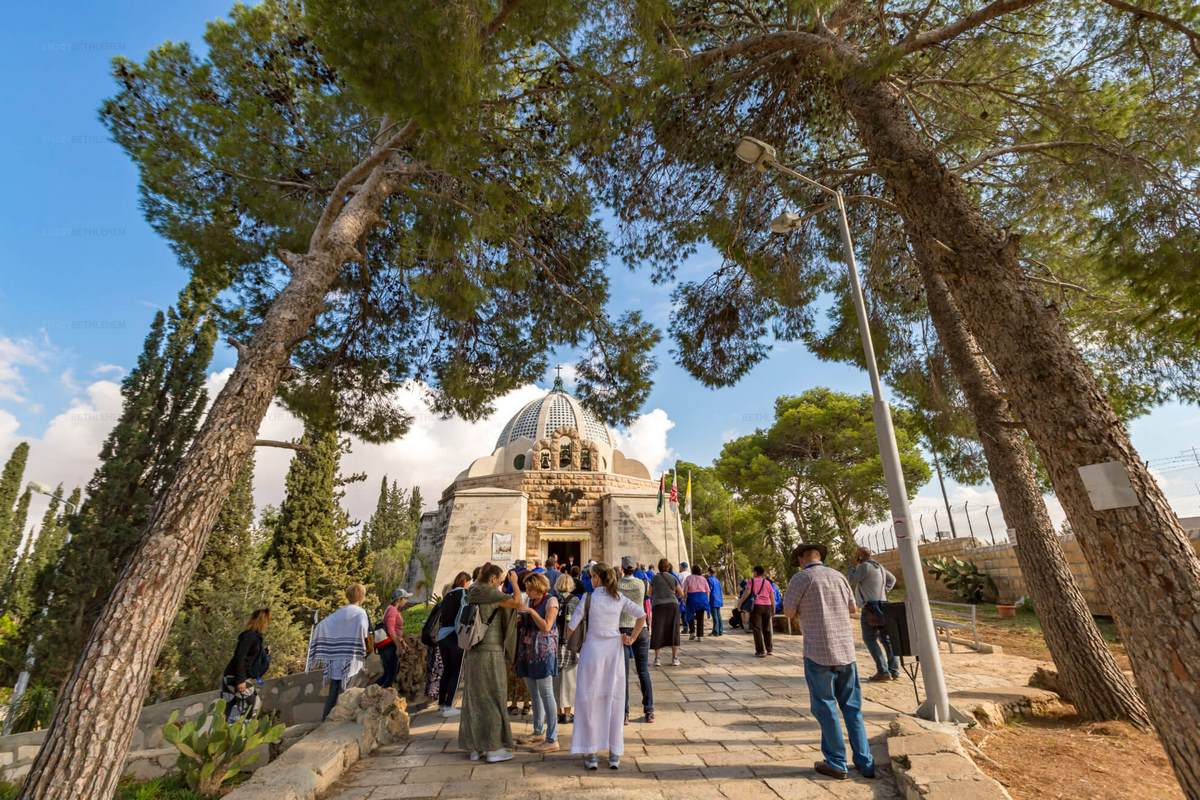 The site is known as Siar el Ghanem, or the sheepfold, and is owned by the Franciscans. It was partially excavated around 1859, and again in 1951, revealing ruins of altars and inscriptions in mosaics, which validate the sanctity of the site, and relics of olive presses, wells, spaces for grain storage and grottos, which confirm that that the livelihoods of the inhabitants depended on agriculture, and indicate their constancy in the area most probably since the time of Herod. The Franciscan Roman Catholic church, Church of the Angels, was built in 1950 by Italian architect Antonio Barluzzi, who constructed many churches and other institutions in the Holy Land. The polygon-shaped church was built on top of the cave where the shepherds supposedly lived. The architecture was well-studied to reflect the events of the Holy Night: the upper part is shaped like a tent, the altar supported by bronze statues of shepherds with their head looking upwards, and the light breaking through the window represents the light of the angels when they appeared carrying the good tidings.