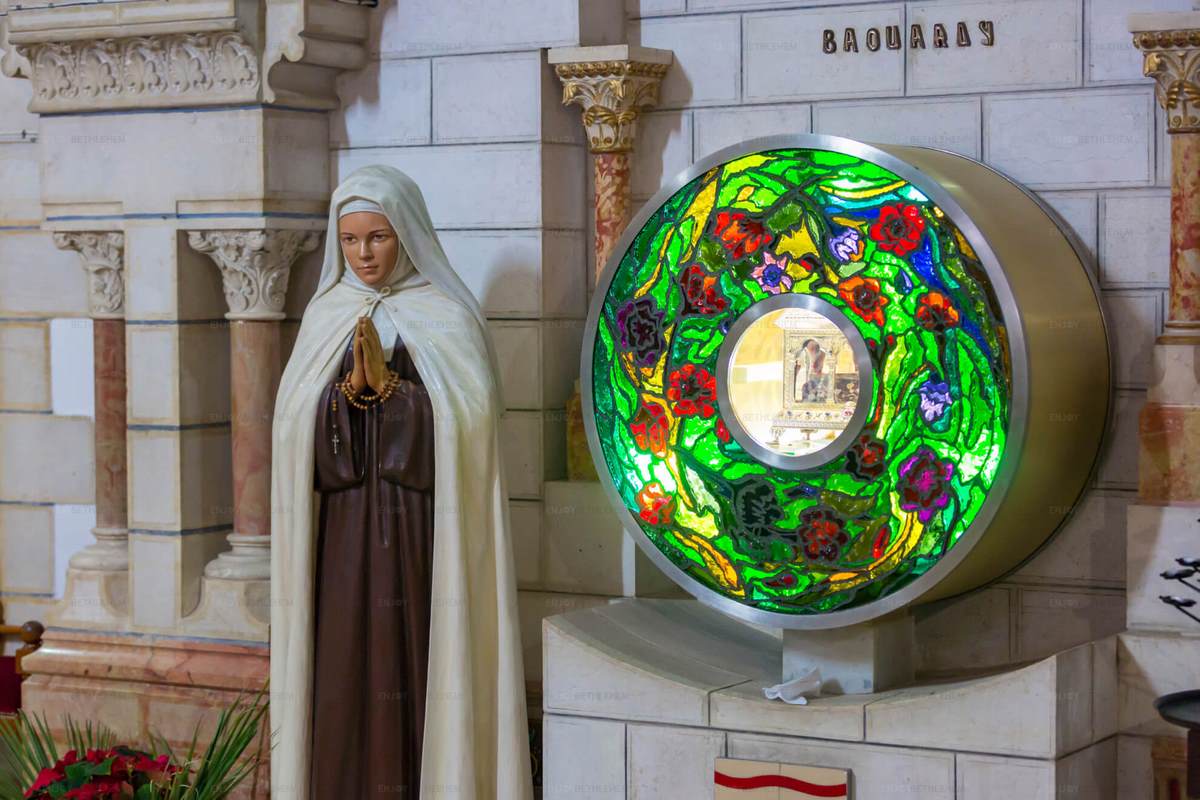 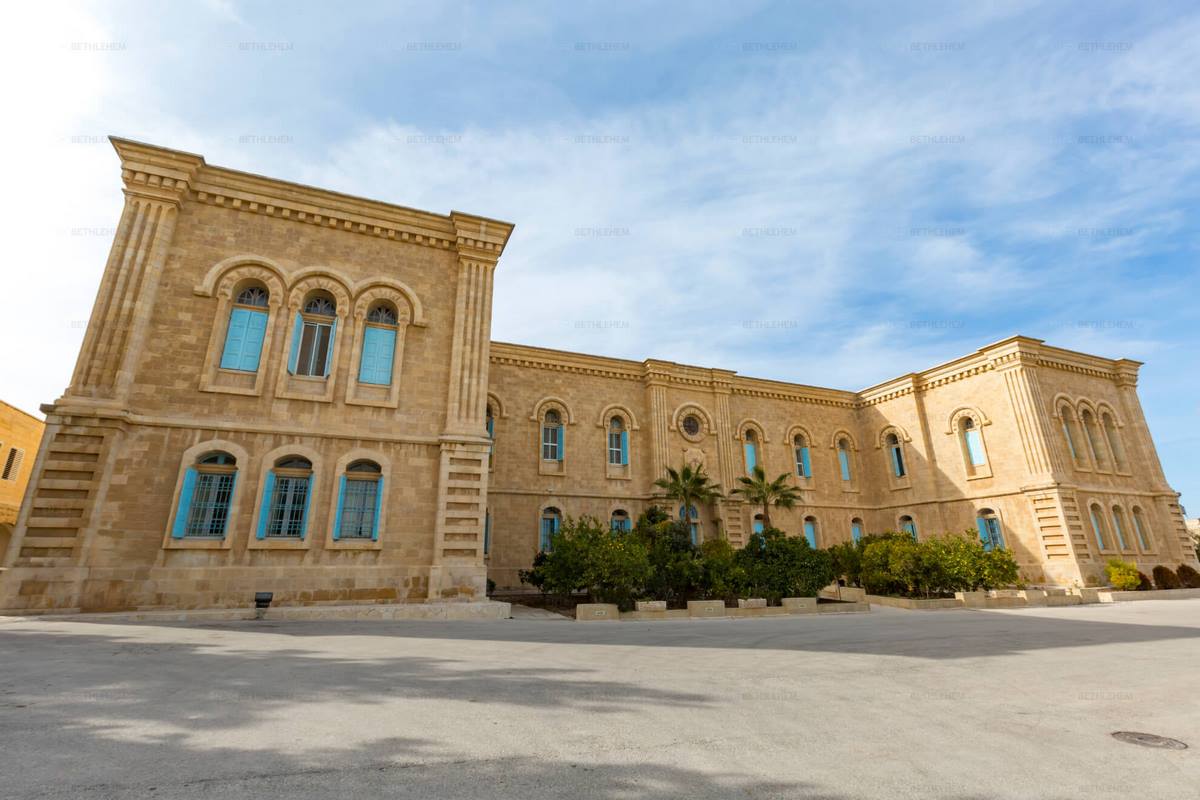 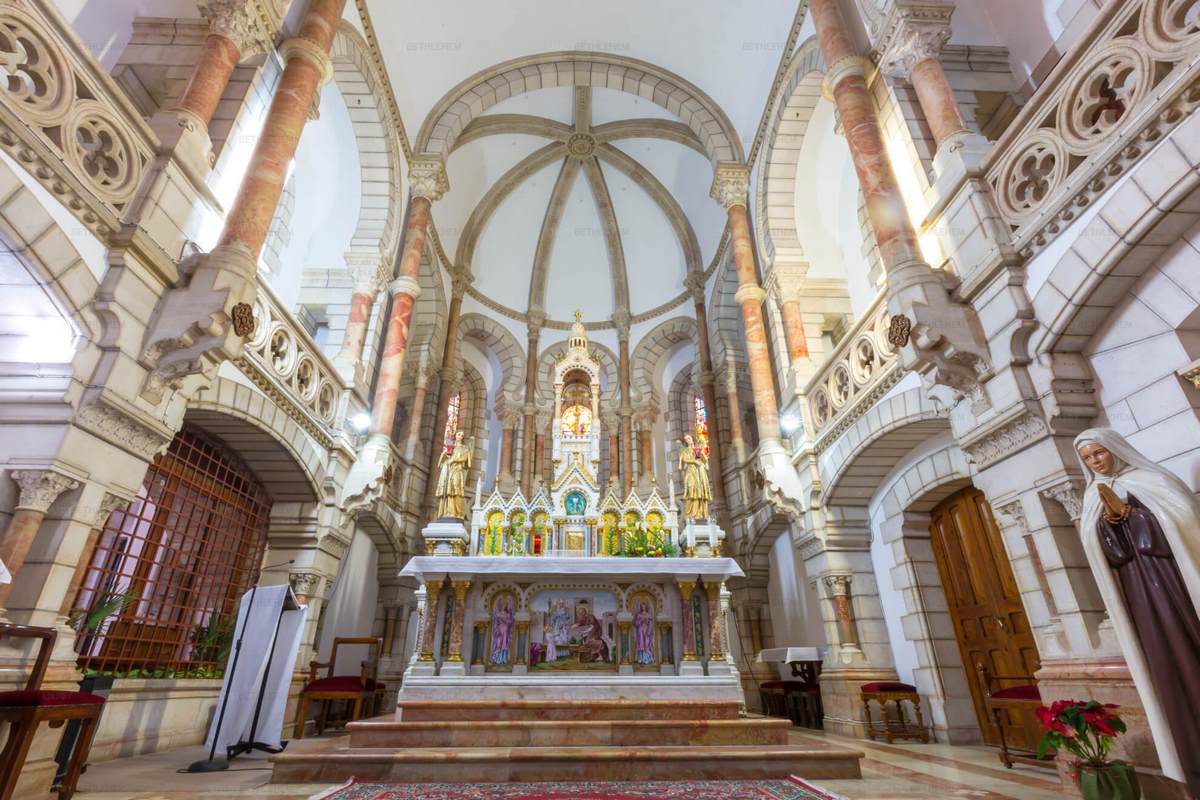 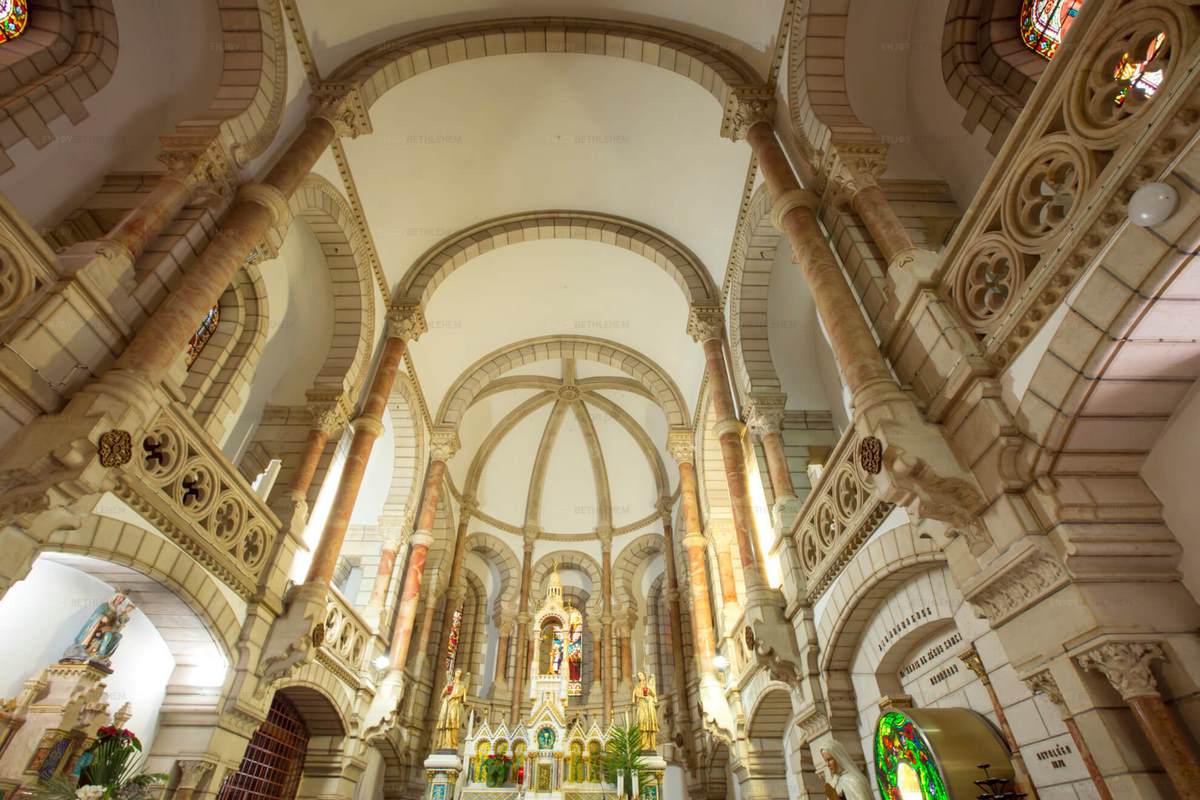 On Freres Street, there is a giant gate with a long pathway that leads to a beautiful enormous complex. It is a completely different world of peace and tranquility, and lush greenery all around. The Convent was founded by Sister Mariam Baouardy, originally from the village of Iblin in Northern Palestine, who was most recently announced saint, and canonized by the Catholic Church. In the summer of 1875, Baouardy and ten other nuns decided to leave their French convent in Pau and establish a monastery for the Order of the Discalced Carmelites in Bethlehem. Apparently, the location of the convent was carefully chosen on the Hill of David facing the Church of the Nativity, and the altar was built above the Grotto of David, which is currently the cave where the sisters are buried. The Fathers of the Sacred Heart Monastery was constructed in 1878 and added to the original building that was built in 1875. In 1892, a church was built in commemoration of St. Joseph. The entire landscape around the complex is abundant with trees and beautiful rose gardens. Despite their isolated lives, the Sisters are known for their artistic and gardening skills.